With patch 9.2 coming up, Blizzard released a new cinematic with some exciting lore reveals ahead of time – including the return of Sylvanas who’s been missing since Warlords of Draenor. Will this be enough to get players logging back in for the first time? 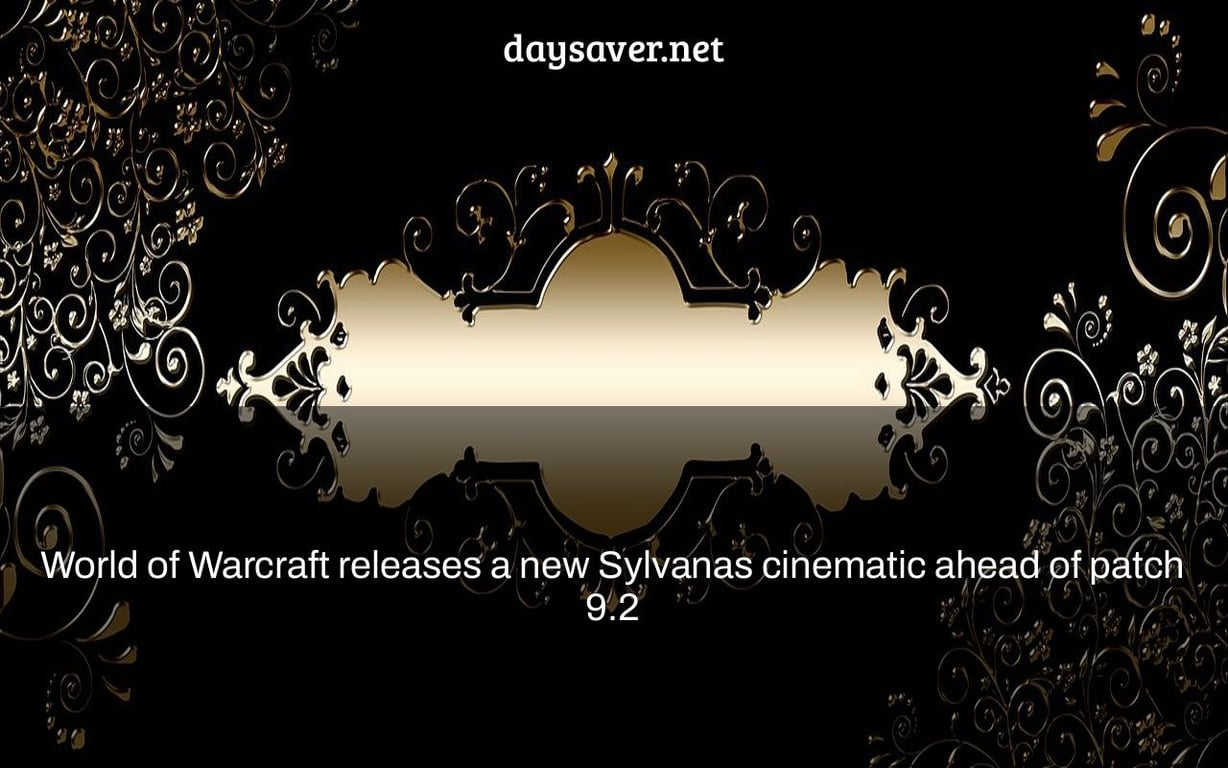 So, here we have the first cinematic for World of Warcraft’s patch 9.2, and… um… let’s just say it’s about Sylvanas. Yes, it’s about the re-merging of her soul parts at the end of patch 9.1, which we’re informed is how Frostmourne works now despite never being briefed about it before. You know, the item that a lot of people instantly mocked for returning Sylvanas’ “good half” so that she might be forgiven for what she’d done.

Now, we don’t want to reveal the whole cinematic for anyone who haven’t seen it yet, despite the fact that it’s out there for anybody to see rather than being attached to anything in-game. Instead, we’ll utilize our sophisticated spoiler tags to hide that information. If you don’t want to see the movie, leave right now and live happily ever after.

In these shots, her hair seems to be unusually thick. That isn’t a spoiler; it’s simply an unusual artistic choice.

Yes, “her good half is back now” is correct. You know, the stuff the narrative department at Blizzard claimed wasn’t true. With her arguing that the murderous maniac was someone else wearing her face and Uther indirectly offering her atonement for her misdeeds along the road.